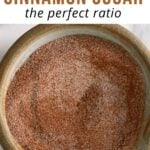 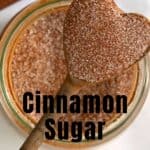 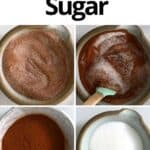 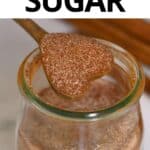 Yes, it takes practically seconds to mix up some cinnamon sugar when needed. BUT (and it’s a big but), once you realize just how many uses there are for this addictive cinnamon sugar recipe, you’ll thank me for suggesting you mix up a large batch.

Along with cinnamon sugar toast, you can use this cinnamon and sugar mixture to sprinkle over pancakes, French toast, muffins, donuts, hot chocolate, and plenty more dishes. Keep reading for all my favorite ways to use this homemade cinnamon sugar mix.

You might wonder why you even need a recipe for something so simple. However, after struggling with finding the perfect sugar cinnamon ratio in the past. I thought I’d pass on what I know, so no one has to choke on an overly cinnamon-y mixture in the future.

Did I mention that making this at home is also cheaper than buying it pre-made? So, keep reading to learn how to make cinnamon sugar with just two ingredients in seconds. I also share the perfect ingredient ratio along with how to use it and other top tips and FAQs!

What Is Cinnamon Sugar

Unsurprisingly, this “ingredient” is simply a combination of cinnamon and sugar. They are combined and used in baking or to sprinkle and roll over all types of food.

As you’ve probably already realized, you only need two ingredients for this cinnamon sugar recipe.

To grind cinnamon sticks into powder, you can use a coffee/spice grinder or a high-speed blender (with a tiny jug).

What Is The Perfect Cinnamon Sugar Ratio?

Having experimented with several over the years, I have discovered my perfect cinnamon and sugar ratio:

Obviously, you can adjust this to taste. But I’ve found this is the perfect ratio to taste the cinnamon well without the mixture becoming overly powdery or unpleasant. (Anyone tried the cinnamon challenge? Too much cinnamon IS a bad thing.)

Start with a 1:8 ratio if you want a mild cinnamon flavor or a 1:3 ratio for a very strong flavor.

All you need to do to prepare this cinnamon sugar recipe is combine the two ingredients in a bowl or jar. Then mix/whisk them well with a small whisk or a spoon.

How to Store Cinnamon Sugar

Once you’ve mixed the ingredients, transfer it to an airtight glass jar like spice jars (a funnel will help). Label it with the date, and store it in a cool, dark location (like your pantry) for up to 6 months.

It will technically last longer than that (2 years +). But the spice will lose flavor after 6 months, so for the best flavor, consume it within that time.

Give the jar a good shake each time you use it in case the cinnamon has started settling at the bottom of the jar.

I told you there were plenty of uses for sinamon sugar! These are just the ideas off the top of my head… Is there a way you enjoy it that I haven’t already mentioned? Let me know in the comments below.

Can you use powdered sugar for cinnamon sugar?

The finer the sugar, the easier it will mix with the cinnamon powder, though any will work. When combining it with powdered sugar, you can easily add liquid for a simple cinnamon frosting to spread over cinnamon buns and other baked goods.

Cinnamon has several health benefits that can be beneficial for weight loss. However, this cinnamon and sugar recipe is still heavily sugar predominant, so I would eat it in moderation.

Can I use a sugar alternative?

Absolutely, just choose your favorite granulated or powdered sugar alternative like erythritol, monk fruit sugar, Stevia, etc. The flavor will vary depending on what you use.

If you try this easy cinnamon sugar recipe, I’d love to hear your thoughts and questions below. Also, I’d appreciate a recipe card rating below, and feel free to tag me in your recipe recreations on Instagram @Alphafoodie! 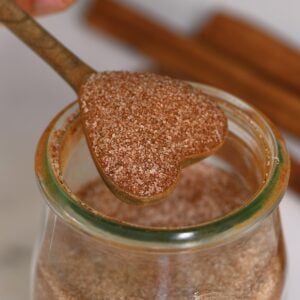 How to Make Cinnamon Sugar

If you want to tweak the flavor, you could add a small pinch of nutmeg too. During fall, I love to swap out the cinnamon and use pumpkin spice instead to top all my fall bakes. I also occasionally mix in some vanilla seeds for extra flavor.   Check the blog post for more ingredients notes, uses and serving recommendations, and answers to top FAQs! 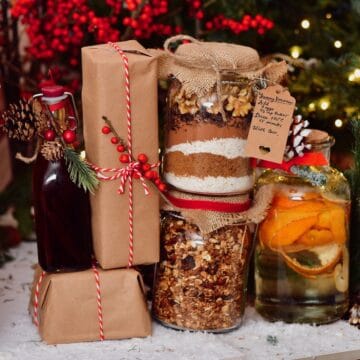 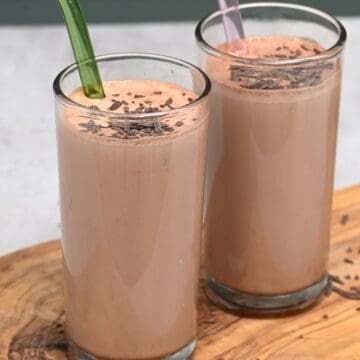 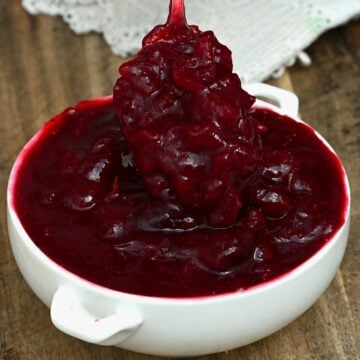 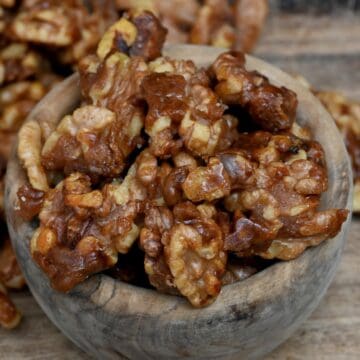 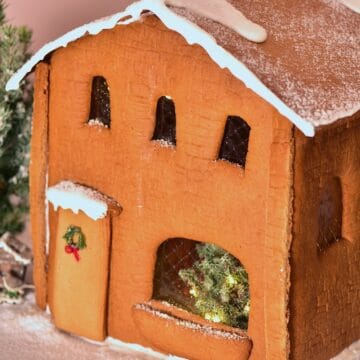 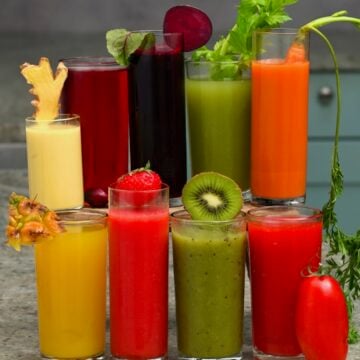 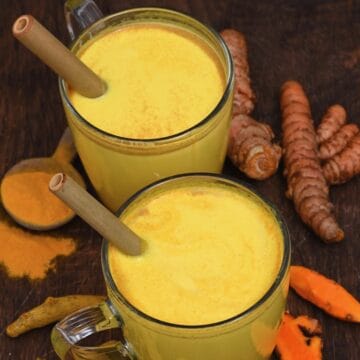 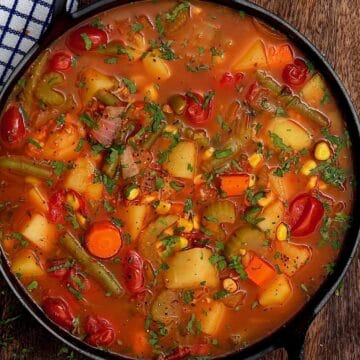 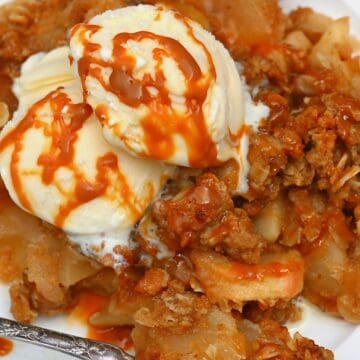 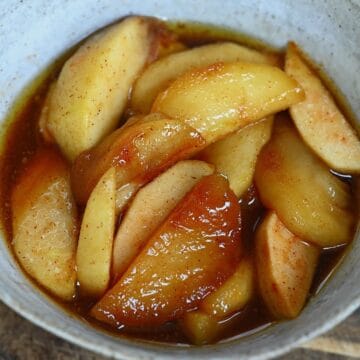